UTILIZATION OF FLY ASH IN CEMENT AND ALLIED INDUSTRIES 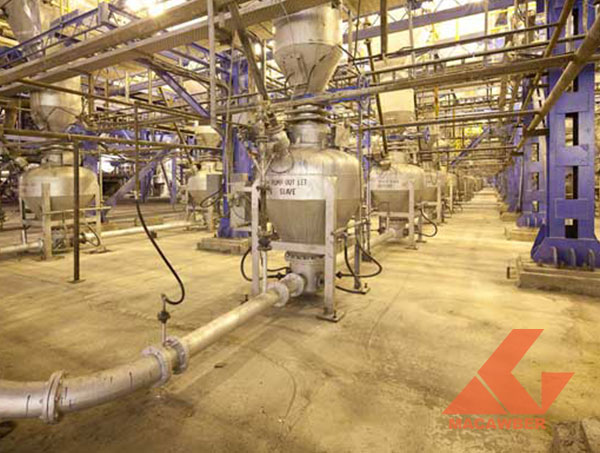 Today fly ash is used in so many industrial and commercial applications this it has become a complete industry by itself.

Interestingly, fly ash bricks were invented by 2 Indian inventors, who used lime, fly ash and gypsum to create a brick that did not need natural clay at all. Their process also did away with the requirement for kiln firing. Today, India produces over 170 million tonnes of fly ash bricks.

One of the best qualities of fly ash is that it has excellent insulation capability. Since it also absorbs much less heat than clay bricks, fly ash bricks are considered a more energy-efficient as well as eco friendly option. Fly ash bricks come in several load-bearing grades, and to encourage and ensure consistency of quality, the Indian Standard, IS 16720: 2018 has been formulated for the same. According to their official statement, “The standard lays down essential requirements of finish, dimensions, strength, water absorption, etc. with a view to achieving quality and uniformity in the manufacture of such bricks.”

Fly ash is a pozzolanic substance, which means it contains silicates and aluminum compounds that turns into cement when combined with water. Partial replacement of cement with fly ash is not only a more viable prospect commercially, it also saves on naturals resources, reduces CO2 emissions and ensures longer durability.

If fly ash cement is used in road construction, it allows for much reduced permeation of concrete, which keeps the aggressive expansive minerals from damaging the concrete from the inside. Also, since it is lighter than traditional concrete, it causes lesser settlements. Fly Ash is particularly relevant in making stabilization projects and embankments over places with weak sub-soils, as it puts lesser pressure on the retaining walls.

When areas are mined, and exhausted, backfilling is required to reclaim that land, otherwise such vast tracts of land will be rendered useless. Since mines require deep or shallow excavation, mostly in embedded carbonate rocks, they leave behind numerous hollows and shafts. If these gaps are not filled in properly they may open up large sinkholes or elongated fractures or other deformations in the future. To avoid such calamities that could possibly affect human lives, it is important to fill the mines with a material that is the ability to fill tight spaces, has a high resistance to water permeation or compression, and is eco-friendly.

Fly ash has all these qualities and lends itself beautifully as a filler for Mine Void Filling.

Water pollution is one of the biggest ecological concerns today. If on one hand we encourage rapid industrialization, which results in greater production, and therefore more effluents and pollutants, then we must also have measures to manage these wastes so that we are able to reduce our carbon footprint and protect our environment.

Fly ash has proved useful in Wastewater Treatment, where modified or activated fly ash acts like a coagulant and traps and absorbs various types of organic compounds. Textiles, Handmade paper, Tanning & Dyeing etc. are all industries that benefit from using Fly ash in significantly reducing their contribution towards wastewater.

Indian economy has seen an enormous economic growth in terms of infrastructure development and manufacturing. Given the amount of natural resources that will be used in either creating this infrastructure or in the services provided by them, it is very important that environment-friendly, cost-effective options be considered very seriously. The Fly Ash industry has received a lot of impetus from the government, but if more and more people are educated about its benefits and enough attention is directed to its positive ecological impact, we are pretty sure that fly ash will see a lot of research and technological innovation in the coming years.